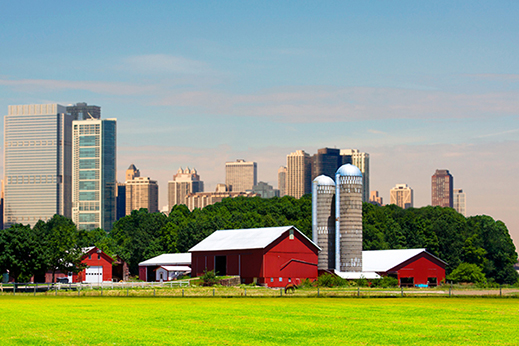 Entitled Shaping the ‘Endless Frontier,” the series detailed the Midwest’s significant research and innovation assets and explained how targeted federal investment can build on those resources to the benefit of the nation. The live virtual events took place on Aug. 11 and Sept. 16, 2020. A recording of Part One, which featured nationally known scholar John Austin, can be viewed here. Part Two, featuring Congressmen Gallagher and Khanna can be found here.

The series draws its name from the “Endless Frontier Act,” which has been introduced in both houses of Congress with bipartisan sponsors, including Reps. Gallagher and Khanna. The pending bills (S.3832 and H.R. 6978) propose expansion of the National Science Foundation, $100 billion for advancing science and tech R&D, and $10 billion for regional technology hubs. Tom Still, president of the Wisconsin Technology Council, moderated both panels.

In Part One, University of Michigan lecturer Austin, who has worked for the Brookings Institution, the Chicago Council for Global Affairs, the Michigan Economic Center and more, reviewed recent reports on the state of the Midwest innovation economy, including “A Vital Midwest: The path to a new prosperity,” which he co-authored in early 2020. The Chicago Council for Global Affairs report, together with a Brookings Institution report on how to spread innovation across America, helped to inspire the Endless Frontier Act.

Austin was joined by Erik Iverson, chief executive officer of the Wisconsin Alumni Research Foundation, and Ruben Anthony, chief executive officer of the Urban League of Greater Madison. Their panel detailed how place-based investments in emerging growth centers across the country can remedy regional gaps in capital investment, maintain U.S. leadership in innovation, and attract the tech stars of the future to the nation’s heartland.

Part Two explored how targeted federal investment in emerging, national growth centers focused on quantum computing, artificial intelligence, biotechnology and manufacturing can extend and expand U.S. leadership into the 21st century and beyond. Reps. Gallagher and Khanna argued that, while the United States has been the undisputed, global leader in university and industry research for the last century, the country will need to remain vigilant and innovative to retain its competitive edge.

Together with fellow panelists Mark Mone, chancellor of UW-Milwaukee, and Melissa Skala, investigator at the Morgridge Institute for Research and professor of biomedical engineering at UW-Madison, the congressmen insisted that the benefits of innovation must be distributed across the country, rather than concentrated in large metro areas. That’s why the Endless Frontier Act includes funding for regional technology that hubs that could help launch companies, revive U.S. manufacturing and create jobs that jump-start communities.

“The Midwest region has been recognized on an ever-increasing basis for the amount and quality of technology innovation, and I’m proud to say Wisconsin is leading the charge,” said Erik Iverson, CEO of WARF. “I very much look forward to hearing from our guests on this program on how the Endless Frontier Act can catalyze research and technology across the nation.”

“These are critical conversations for the new normal in a COVID-19 world that has disrupted nearly every industry – and has hit higher education hard,” said UW-Milwaukee Chancellor Mark Mone. “It is imperative that we invest in research, tech hubs and innovation in this environment. Future generations will depend on new knowledge and discoveries that will give rise to economic prosperity.”

The series is a partnership between WARF, UW-Milwaukee, the Wisconsin Technology Council and Michael Best Strategies. To learn more, visit: warf.org/frontiers.